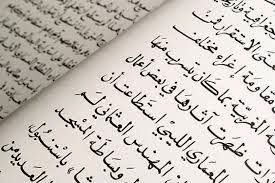 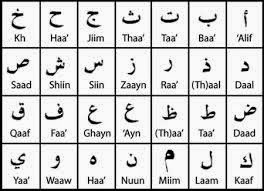 Posted by Arabic Academy at 14:07 No comments:

Arabic is one of the most erstwhile languages in the world with a lot of imparted information that still interests archaeologists in a very positive way. Being the lingua-franca of the Middle East region, it is the native language of more than two hundred and eighty million people across the world. With the growing significance of the Middle East in terms of business and industry, Arabic has started gaining relevance even in the rest of the world. With very high deposits of fossil fuels namely petrol, LPG and other natural resources, almost all the resourceful nations in the Arab region attract professionals and business men of various categories to the gulf region.

The language along with the natural resources played a great role in shifting the focus of international business from the Europe and North America to the Asian continent. It could be a great success in breaking the strong bounds of foreign markets to create an effectively volatile market with a greater purchase potential. This venture opens a lot of opportunities in a variety of areas such as oil, medicine, chemicals, construction, travel, banking and finance along with other back up sectors. Knowing Arabic is a primary need for anyone who wants to use these opportunities in an effective way.

Apart from being the language of modern development, Arabic has a great role in the culture and character of the Arabian sub continent and associated islands. The language played a vital role in the human development activities of the region. Unlike most other civilizations around the globe, the language has a very close affinity towards the theological beliefs of the religion. Being the language of the Holy Quran, Muslims carry a superior esteem with this language. It is evident that the role of Arabic is vital in the faith of each Muslim as prophet Muhammed(S) spoke in this language. Thus learning Arabic often becomes a priority to a practicing Muslim.

Though all the media, publication, organizations and government policies follow the Modern Standard Arabic, the routine language in the Arabic speaking regions has different dialects with variety of accent and structure. Having a colloquial version of the language to normal communication thus becomes an immediate requirement in such situations. Learning Arabic has thus two distinct phases in which one need to have a common language with which he or she can communicate with the surroundings and they need a matured version of the same language for a more formal requirement. Hussain Badri’s Arabic Academy is a language institute in Kochi wherein any learner can accomplish his or her linguistic aspirations in a very friendly and comfortable atmosphere.

Posted by Arabic Academy at 13:34 No comments:

Arabic Academy
Kochi, Kerala, India
Started it's journey in 1989, Arabic Academy is an Arabic language training Institute where students and job seekers can fulfill all your linguistic aspirations.